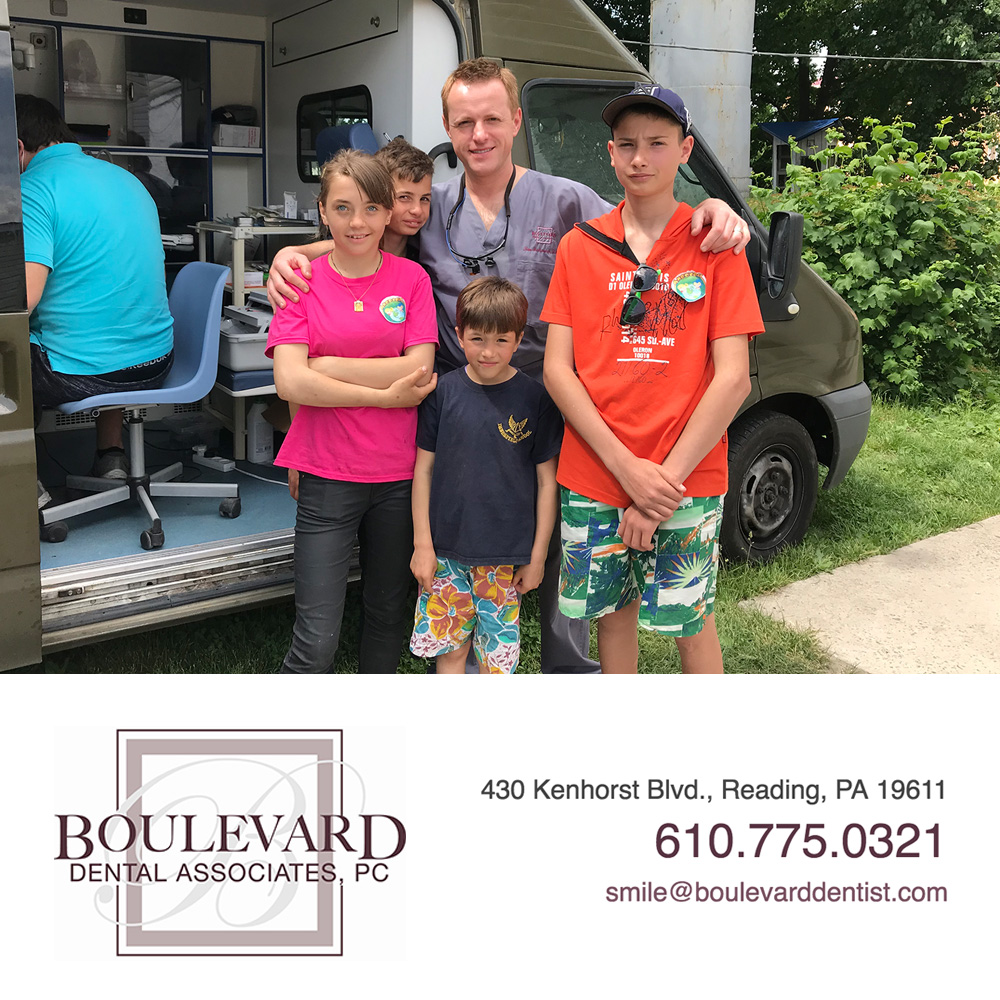 Nothing could have prepared us for this. Sure, we had heard the stories, but stories are not real life, and real life in a Ukrainian orphanage has no comparison to life as I’ve known it.

What are the chances that I, an American, would end up in an environment like this? Very unlikely, except for the fact that I married a Ukrainian national, who immigrated to America at age 13, who decided to become a dentist, and who happens to have a heart of gold.

As soon as I entered the premises of the orphanage, it was clear that my husband was the resident star. The orphans swarmed around the mobile dental unit he helped to finance. When he was busy at work on an orphan, they peered through the windows in order to catch a glimpse of him. When he exited the mobile unit to take a break, he was surrounded by a group of orphans who wouldn’t let him go. Several begged him to do their teeth next, even though they weren’t in any pain. They would do anything to sieze his attention.

I saw my husband hold children who smelled from lack of bathing. It was obvious that his treatment plans included smiles and hugs as much as they included fixing neglected teeth.

And the same scenes repeated themselves again and again. Early in the morning, he was already busy at work, and his work day extended late into the day. He knew it was impossible to address the overwhelming dental needs of the 80 some orphans there, but he did all he could…as much as he could.

But his sacrifice was not isolated to his dental work alone. We slept in the less than sanitary rooms adjacent to where the orphans slept. We shared the same bathrooms that smelled with an odor that is not easily forgotten. We showered in the same showers that rained down rusty water.

But why? Why would someone like my husband do something like this? He grew up poor in Ukraine under a communist system that persecuted him for his Christian beliefs. Why would he give back to a country that had taken from him? For that matter, why would he do this for the second time, as last year he worked only a mile away from the fighting on the eastern border to treat Ukrainian soldiers? Why wouldn’t he stay home to live the American dream to the fullest, leaving it all behind? I can tell you why, because I perhaps know him best.

My husband loves people and his faith in God drives him to do the uncomfortable, the unusual…the unconventional. Because he’s not satisfied with “success.” He knows there is more to life than that, and he has determined to live the “more” and to use His God-given gift of dentistry to give that “more” to others. That is who my husband, Dr. Medianick, is.