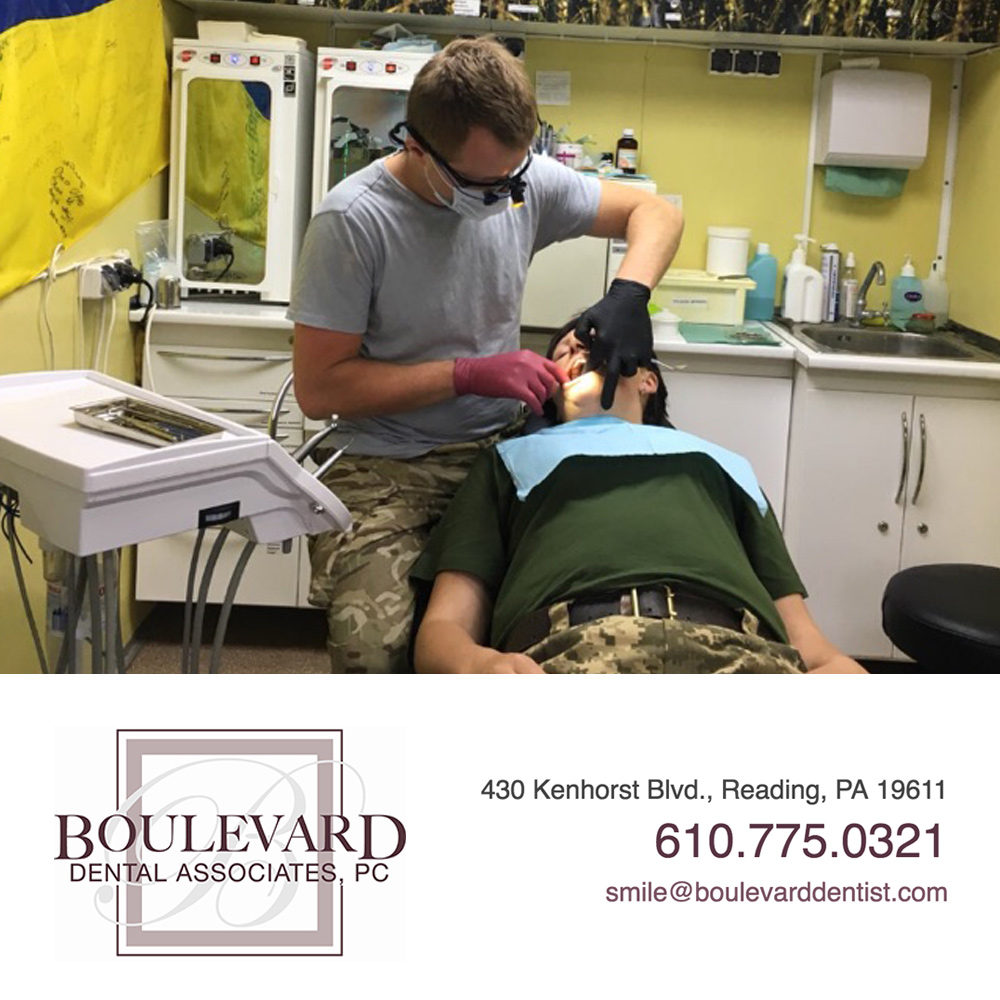 This past month, our family visited Ukraine. It was the first time my husband (better known as Dr. Medianick of Boulevard Dental Associates) had been in Ukraine since he came to America when he was thirteen. His family were Christians who came to America seeking religious asylum from years of prior communist persecution. I’d like to share my experience of this trip with you as his wife. This was my second time in Ukraine, but it was the first time I experienced Ukraine through his eyes…

Our van bumped and jostled its way over pot-holed streets to our destination—the city of Kiev, Ukraine, the city of my husband’s childhood. I had heard many stories before of his experiences in Ukraine in our almost twenty years of knowing one another, but now I was literally entering his world.

We crossed over the famous Dnieper River, and there it was–the new westernized apartment buildings and stores, and the Soviet-cement block apartments, all the same death-white/gray. We pulled up to one of those cement-block complexes, and there was my husband’s childhood laid out in front of him in a million memories. There was the small store he used to visit regularly to get food for his family of nine siblings. He showed us how far back he used to stand to wait for two hours to buy chicken, chicken that hopefully wouldn’t be gone by the time he got to the front of the line.

Then we turned the corner to see his apartment that miraculously fit those ten children. The dark hallways of the apartment’s corridors hadn’t brightened any. After that, we traveled across the apartment complex to visit the school where he attended. He showed me the place where he fell and hit his head on the windowsill and passed out because of it. That was when his principal wouldn’t give him adequate help because his family were Christians and not members of the communist party. Where was I during this time? I was in a modern classroom in America, concerned about what I might want to be when I grow up. As a non-communist Christian, he wouldn’t have been allowed to go to college.

How does a boy who couldn’t have gone to college in communist Ukraine, and who never even had a family member go to college, come to America at thirteen and decide so early on that he wants to be a dentist? He used to hide from his dad to avoid going to the dentist in Ukraine—no wonder, since there was no Novocain.

I’ve always envied my husband’s ability to take life as it comes—his “it will always work out” mentality. Perhaps if I had endured the lack of finances and persecution that he had, I would view things the same. That is why it didn’t surprise me when he told me that he wanted to go to the war zone along the Eastern border of Ukraine to provide dental services to the Ukrainian soldiers there. It is a good thing I didn’t know ahead of time all that he would experience.

So a week into our Ukrainian family trip, we said good-bye to him, and off he went with a Ukrainian national who is both a dentist and pastor and has been to the war zone to serve many times before. Tim told me that several Ukrainian soldiers couldn’t understand why an American would come to help them like that. But I understand—that is who my husband is.

He said the soldiers were lined up all day at their mobile clinic to be seen. The Ukrainian government provides them with very poor dental care—the only decent care they receive is from volunteer dentists. My husband and two other Ukrainian dentists worked on the soldiers until after 10:00 in the evening until they saw every single soldier who was waiting. When the sun went down, they worked to the sound of guns firing and mines exploding only a mile away. The firing continued late into the night. While he was there, two Ukrainian soldiers were killed and five were injured.

I wish you could hear the other stories. The stories of grandparents imprisoned for their faith, the stories of how my husband was made fun of by his teachers and classmates because he was a Christian, non-communist. I wish you could know all that he had to overcome to be where he is at today.

But perhaps it is enough for you to know him for who he is today. He is a perfect example of someone who chose not to be scarred by his past, but instead determined to use his past as motivation to live life well, and most of all, to give. I am so proud to say that Dr. Medianick is my husband.